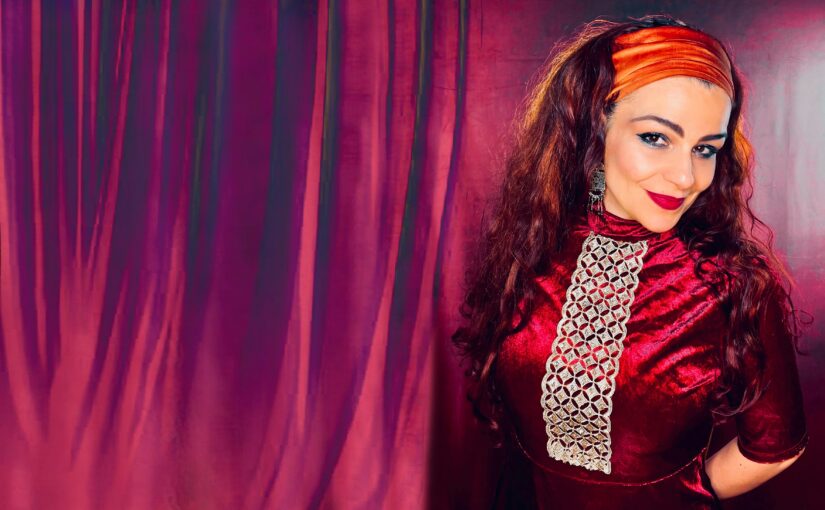 Bulgarian polyphonic songs, secular and sacred, have survived the centuries by safeguarding their originality. Widely distributed in France for thirty years, they remain enigmatic for Western ears. The dissonant popular and traditional music characteristic of Bulgarian secular songs, which have been transmitted orally for centuries, continues to reach all audiences thanks to its strong emotional charge. Liturgical songs in Slavonic also upset the performers, but in a different way, and the communicative enthusiasm of these two types of Bulgarian songs encourages more and more amateur listeners, but also students practicing singing and wishing to enrich their musical knowledge as well as their teachers, to take the step towards interpretation.

Wanting to learn this polyphonic art already implies the awareness of a group work to be done, the very notion of “polyphony” inviting a greater listening to the Other, but also to a self-awareness within a group of singing people. The objective of this master-class is to immerse oneself’s body, voice and soul in these thousand-year-old songs through teamwork – work that calls for sound pleasure, the pleasure of being together, of creating sound together, of making sense together. The emphasis will be on accepting one’s own voice (path) within the group, but also on harmonizing it with the voices of others, in order to create together a unity from the differences of each.

Milena Jeliazkova, bulgarian traditional professional singer, pedagogue and vocal/stage coach, has been leading numerous Bulgarian singing courses in France and abroad for more than 15 years, and also teaches all over the year at the International Institute of World Music (iimm.fr). During this master-class, she will address all the above mentioned concepts. The work will be carried out both, in the direction of the voice, the body and the emotions that will not fail to awaken in contact with this music, and above all, in the interaction between voice, breath, body and emotions. The notions of posture of interiority and exteriority, of presence to oneself and to the world will be addressed.

The master-class is open to beginners and experienced singers and dancers, good ear and correct singing are nevertheless essential.

Bulgarian and French citizen, Milena JELIAZKOVA began her piano and singing studies at the age of six with Kristina Boeva, professor emeritus of the Academy of Musical Arts in Plovdiv. At the same time she took lessons in traditional Bulgarian songs and dances with her mother, a singer and dancer in “Ensemble Trakiya”. After eight years of both, classical and traditional training in her country, she invested herself, in France, with BALKANES, a quartet of Bulgarian a cappella polyphonies, in traditional Bulgarian singing and the world of sacred Slon and Byzantine songs. Milena has been singing since 1997 in this a cappella female ensemble that performs in France, Switzerland, Italy, Bulgaria, Tunisie, Germany, USA…

Her eclectic musical tastes have led her to become increasingly interested in the traditional songs of the world in general and the various singing techniques attached to them.

In 2006, she created with Jean-Pierre Caporossi and Tony Canton the project KËF – élektro Balkans. Milena has also been singing for 15 years in the Cie Henri AGNEL, which explores medieval and contemporary Mediterranean repertoires and with which she tours in France and abroad.

In 2017, she co-founded the SIBYLLES TRIO with Françoise ATLAN and Milena ROUDEVA, and in 2019 the “MUSTAAR” voice and percussion duo, with Malik ADDA. That same year, she was chosen by Simon-Pierre BESTION, founder, and artistic director of the company LA TEMPÊTE, as soloist in traditional singing for his creation “Prophet(s)/Jerusalem” sponsored by the Festival of Saint-Denis and the Basilica of Vézelay.

In 2020, the BALKANES quartet of which she is the driving force, is chosen by ANDRÉ MANOUKIAN to  sing on the new CD of the jazzman heart and to perform with him on tour from 2022.

In February 2021, the DUO SOURCIÈRES, songs of women from East and West, was born, with Els JANSSENS-VANMUNSTER, singer and artistic director of the MORA VOCIS Ensemble.

Milena composes and arranges for all these ensembles, co-animates vocal workshops for all audiences in France, Italy and Switzerland, teaches Bulgarian singing at the International Institute of World Music (iimm.fr) and offers vocal and scenic coaching to beginners and experienced singers (graduated from Harmoniques, Paris.)