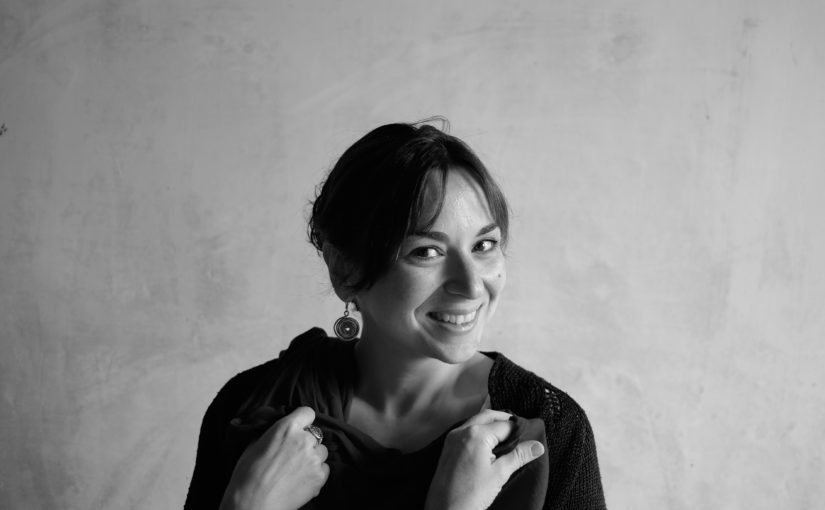 Training in Greek chants, modes and modalities in the urban and rural music of Greece and Asia Minor. Will be reviewed during this master-class:

Polymorphic singer and multi-instrumentalist, composer and author, Maria Simoglou has more than 20 years of presence in the international music and theater scene.
Born in Thessaloniki, studying in Berlin and living in Marseille for the last 10 years, she is fortunate to benefit from a double musical culture, so academic as well as traditional, thanks to the family cradle full of traditional music from Macedonia, Thrace and Asia Minor and thanks to the studies she followed, first at the musical College and Lycée of Thessaloniki (ud, qanun, percussion), then at the National State Conservatory of Thessaloniki (oboe, piano) and finally at the Berlin musical academy “Hanns Eisler Musikhochschule” in the singing / music-theater branch with professors Marion Lukowsky and Pr. Magdalena Hajossyova.
She participated in singing workshops, among others, with Pr. Barbara Shlich, Pr. Norma Sharp, Thomas Quasthoff, René Jacobs, Spyros Sakkas, etc.

Since 2011, she has been working with the theater company “Mises en Scène” with which she takes part in two different shows: “Bon Appétit” and “La parabole des papillons” (directed by Michèle Addala / dramaturgy with Gilles Robic).
She has been living in France, in Marseille, since 2008, where she directs and integrates different ensembles. She collaborates as a singer, musician or actress in traditional and contemporary music, dance and theater shows.

Since 2008 she regularly gives Master-Classes (DROM, IIMM, FAMDT) and teaches in particular vocal and body technique as well as the repertoire, interpretation, ornamentation, rhythms and improvisation techniques, specific to the vocal, universal technique, Greek songs and songs from Asia Minor.