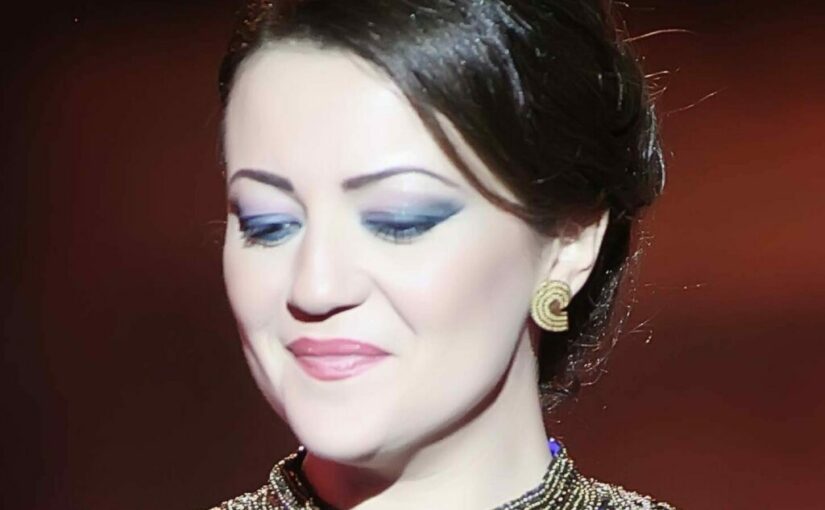 This training is based on an approach to develop the work on the voice. It’s about accompanying each person in their search for the correct placement of the voice and in the appropriation of the different techniques of oriental singing.

Dorsaf HAMDANI has always been committed to pursue an educational and social approach with multicultural groups of all ages, with a preference for young people. The proposed method is a subtle mix of learning and voice coaching.

The educational content of her master-class will include:
• Body warming and appropriation of space and one’s body: Alignment, preparation of the body to find resonances, relaxation and availability, verticality and horizontality, anchoring to the ground, inner listening, concentration, energy.
• Work on breathing technique: breath management, learning to breathe through the stomach, controlling and positioning your voice.
• Work on pronunciation: work of certain syllables and letters of the Arabic language in a sung way.
• Initiation of one’s ear to Arabic music: listening to readings of sacred texts.
• Work on several Arabic songs and vocal improvisations.
• The relationship between poetry and music, metric of classical Arabi poetry determining the musical rhythm.
• The study of Arabic music: repeated rhythmic cycles, particular scales, musical modes, listening to excerpts to illustrate the evolution of Arabic music.

There are three possibilities for the participants in the choice of songs:
1 – Participants spontaneously propose songs of their choice.
2 – After auditioning the participants, Dorsaf HAMDANI proposes songs that correspond to the person and their voice timbre.
3 – When the level allows it, participants are offered a writing work on 2 to 3 songs on an air chosen by the group.

Have basics in Arabic singing

Daughter of a violinist, Dorsaf Hamdani joined the National Conservatory of Music of Tunis in 1985, allowing her to perform with various Tunisian Malouf orchestras.