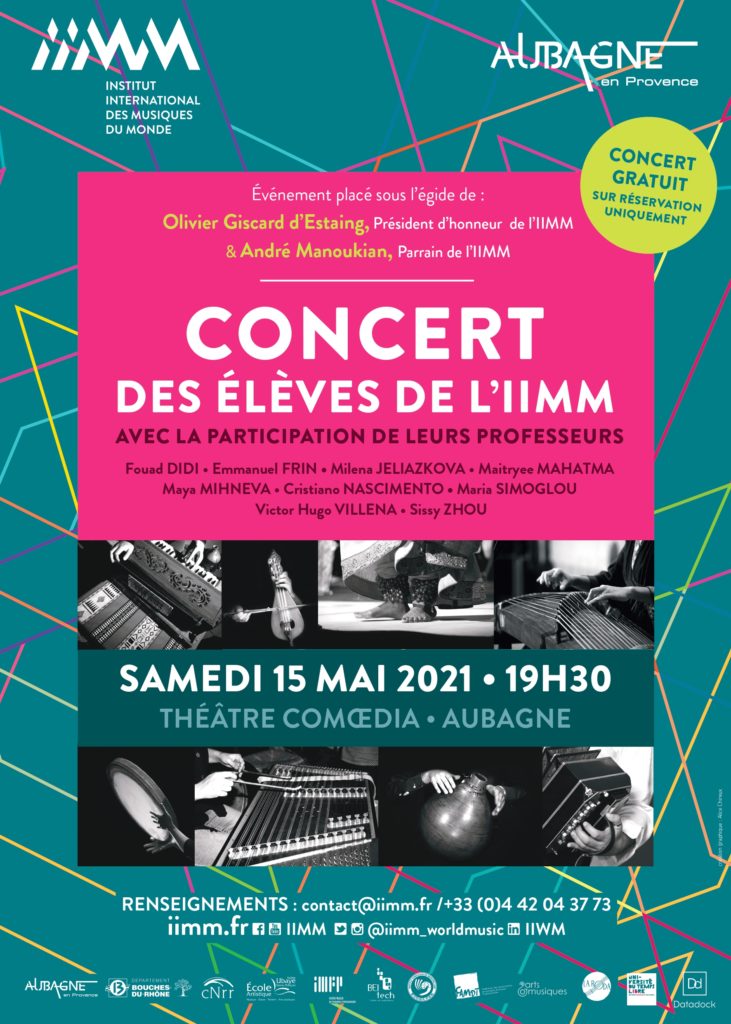 The concert of the students and teachers of IIWM and the Aubagne Conservatory is postponed to :

The IIWM team thanks its partners who have made every effort to maintain this event, in order to celebrate together music and its vital role in the dialogue between the cultures of the world. 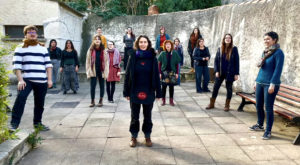 The first promotion of the course in « Bulgarian songs, monodies and polyphonies » by
Milena JELIAZKOVA, carried out its first evaluation on March 8 at the Marseille Conservatory ! We are proud to announce that we welcome 2 new graduates !

• AN HONORARY CHAIRMAN & A SPONSOR FOR THE IIWM •

The IIWM is under the spotlight in  La Provence du 28 novembre 2020 with exclusive interviews of Olivier Giscard d’Estaing, Honorary Chairman and André Manoukian, Sponsor.

If you want to know how these personalities got to know the IIWM, what are their roles and daily commitments, what world music represents for them… then we invite you to browse the article of « La Provence », signed by Nathalie CORNAND, whom we warmly thank! Let’s meet on March 12 & 13, 2021 in Aubagne! 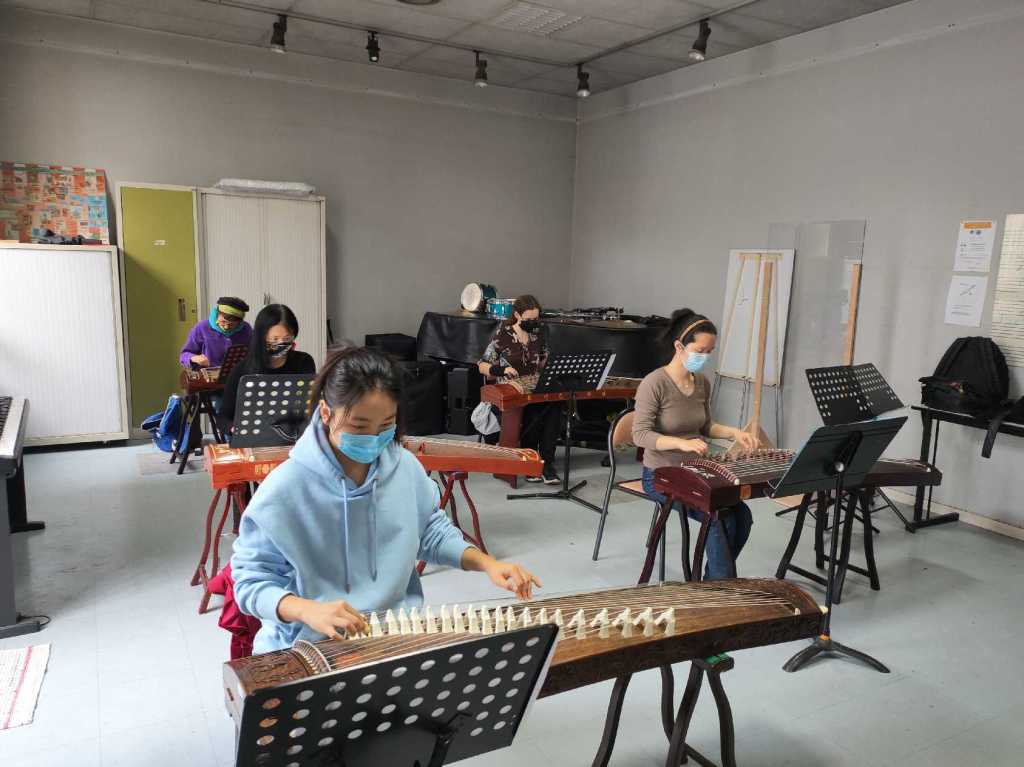 Once again, arts education is affected by the health restrictions advocating distance education courses. Nevertheless, some of the degree and professional courses provided by IIWM also require a face-to-face pedagogical supervision.

Recognized by the DIRECCTE as a professional training organization, and in agreement with the Aubagne Conservatory, a few degree courses will be continued face-to-face in groups of 6 people. Courses in the form of distance learning are also organized, in particular for the theoretical approach to the musical aesthetics taught.

The whole team of IIWM and its teachers are mobilized once again to adapt their learning methods to ensure quality education for our students. You can bring your support to the Institute by becoming a member, or by making a donation, so that the pedagogical continuity and the transmission of music and dances from around the World never cease. 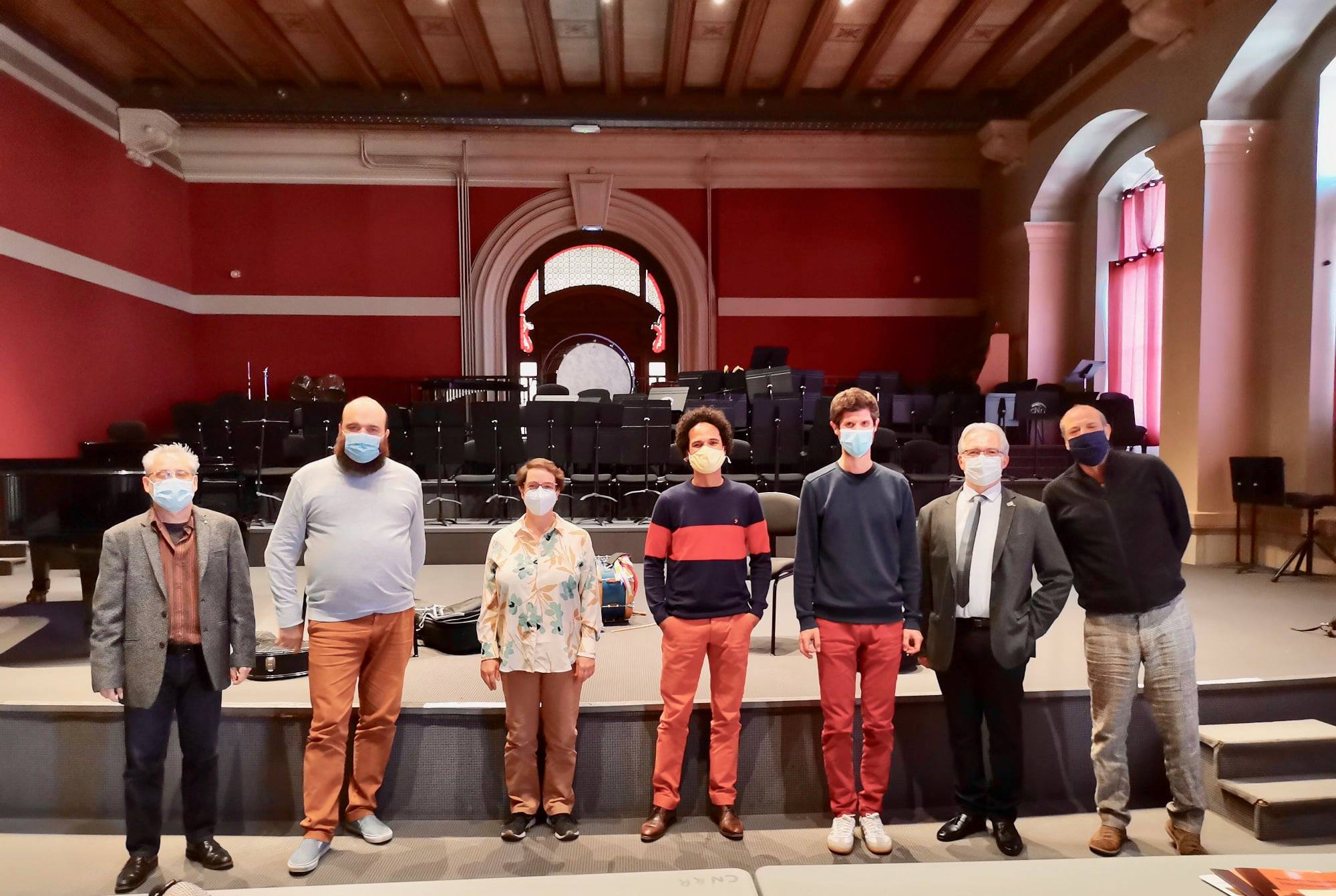 It’s a big pleasure for us to let you know that Clément GASS has obtained unanimously his Certificate of Musical Studies (CEM) in « Guitar from Brazil », within the framework of the agreement signed between the Conservatory of Marseille and IIWM!

We would like to warmly thank Raphaël Imbert, Director of the Conservatory of Marseille, as well as Maria Inês Guimarães (President of the Paris Choro Club, piano teacher and improvisation courses at the Antony Conservatory), Diego Trosman (Tango guitarist & accompaniment guitar teacher), Alain Vera (Honorary Consul of Brazil in Marseille) and Philippe Azoulay (Classical guitar teacher) for being members of the jury.

Congratulations also to our teacher Cristiano Nascimento, who for the last 3 years has transmitted with passion and professionalism this musical heritage from Brazil . 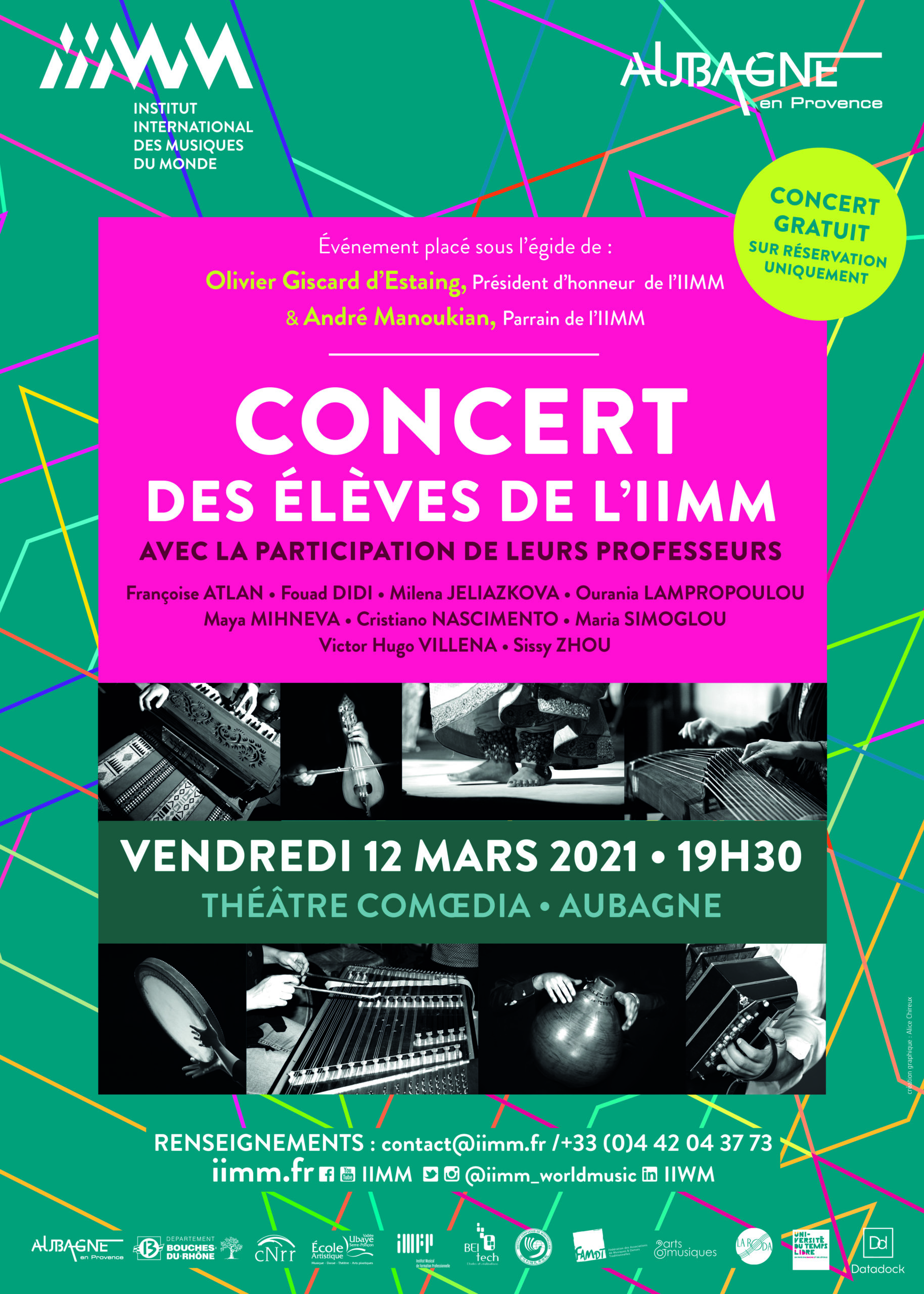 The concert of the students and teachers of the IIWM and the Aubagne Conservatory, initially scheduled for November 28, is postponed to Friday, March 12, 2021 at 7:30 PM at the « Comoedia Theatre » in Aubagne.

The IIWM team would like to thank its partners who have made every effort to maintain this event, in order to celebrate music together and its vital role in the dialogue between the cultures of the world.
>> Free, reservation required on +33 4 42 04 37 73 / contact@iimm.fr

• IIWM IN THE SPOTLIGHT • 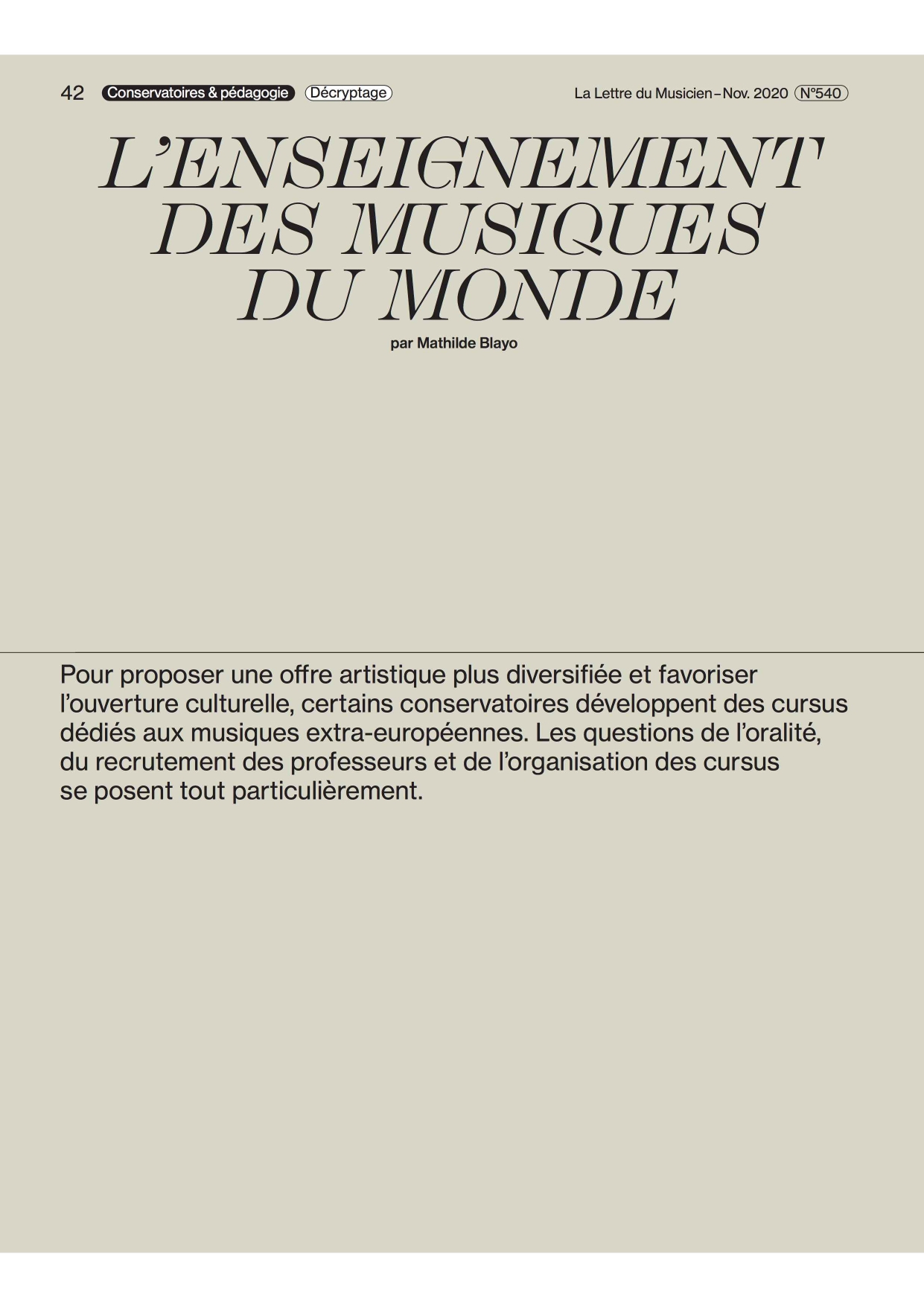 The French musical review « La Lettre du Musicien », intend for professionals in classical music, devoted an article on the place of World Music in the musical aera. IIWM has been mentioned at several times on its approaches and actions as well as its partnership with the “Conservatoire National de Région de Musique de Marseille” and the “Conservatoire Municipal Aubagne.”

Our thanks to Mathilde BLAYO who wrote a rigorous and comprehensive article!