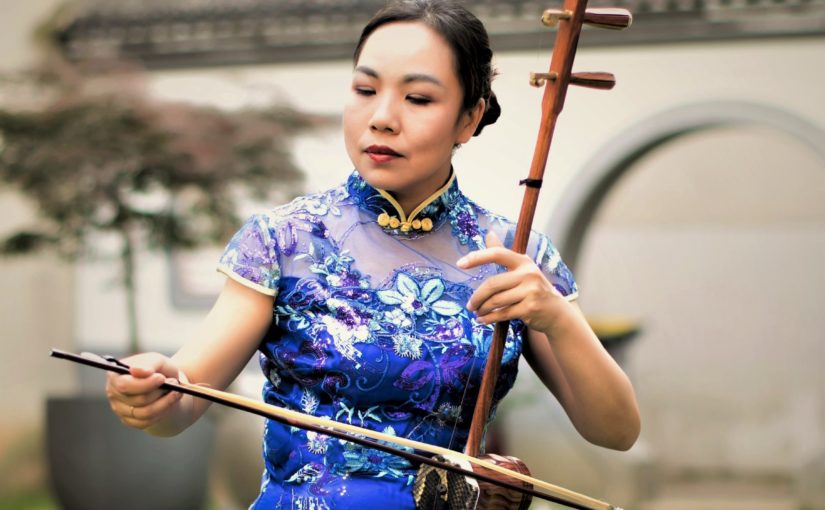 GOALS OF THIS CLASS ARE :

LI Yan, Chinese virtuoso and Erhu teacher. Yan was born in Jinan, China and graduated from Tianjin National  Music Conservatory. She perfects herself under the direction of famous master Song Guo-sheng. Yan holds a master’s degree in Music Administration from the University of Evry and is a permanent professor at the Center Culturel de Chine in Paris and at the Conservatoire Jean-Sébastien Bach. She leads the Expression of World Music project at the Bobigny Conservatory. Her repertoire, which covers large areas of Chinese music, is open to cross-cultural experiences. As a concert performer, she gives concerts regularly in Europe: at the Guimet Museum, Radio France, Philharmonie de Paris, in the USA, Asia and performs frequently on television and radio. In 2017 Yan performed the famous erhu concerto “Butterfly lovers” with the Dijon Orchestra as a guest soloist. Member of the groups Camkytiwa and Karakorum – La Camera delle Lacrime (which she accompanies among other things on its big summer tour in Australia in 2018). Member  of the Le Baroque Nomade ensemble. Invited  to the Royaumont Festival 2016-2017, Festival de la Chaise Dieu 2016, Berlioz Festival 2017, Festival delle Nazioni 2019 in Italy…
Yan is the director of the association and instrumental ensemble Les Trésors de Chine, which she founded to promote live performance and Chinese music.