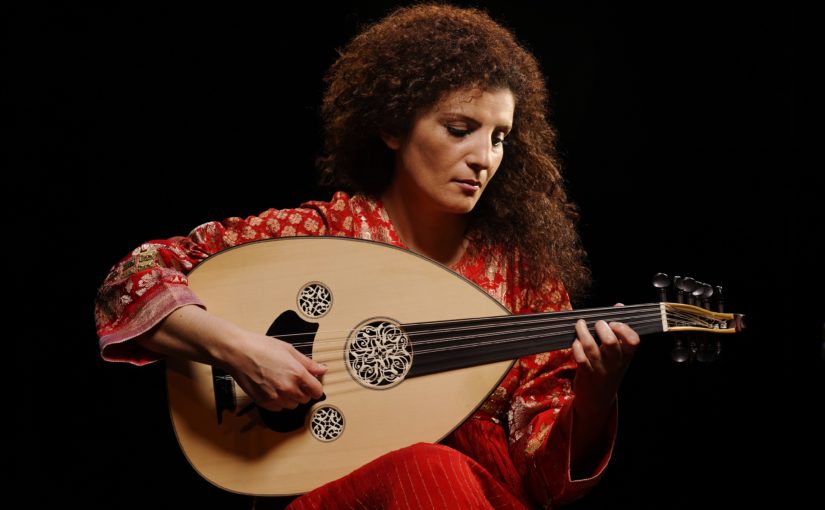 Work the voice same as an instrument and transmit the oriental vocal and musical heritage.

• Working on the breathing technique: learn to breathe through the stomach, manage your breathing to control your voice, position your voice.
• Introducing your ears to Arabic music: listening to readings of sacred texts.
• Working on Arabic singing and vocal improvisations.
• Reading of Arabic music: relationship between poetry and music, metric of classical Arabic poetry determining the musical rhythm.
• Study of Arabic music: repeated rhythmic cycles, particular scales, musical modes, listening to excerpts to illustrate the evolution of Arabic music.
• From your own language and musical heritage, learn to work with other aesthetics, other artists (singers and/or musicians) outside your country.

Waed Bouhassoun is a Syrian singer who, together with her oud, explores the ancient Arab musical heritage and reclaims, among other things, the repertoire of the great and revered Egyptian Umm Kalsoum. She has a voice timbre of a rare quality, similar to the famous voices of the Arabic songs of the thirties. Waed Bouhassoun began her career as a musician, singer and composer in 2006. She has given numerous concerts in the old city of Aleppo, in the Arab world and in Europe. Her album “La voix de l’amour” edited by the Arab World Institute was the favorite of the Charles Cros Academy in 2010.In 2013, she participated in the album “Orient Occident II – Homage to Syria” with Hespèrion XXI and Jordi Savall. Her latest album «L’âme du luth» was released in
2014.
Since 2014, Waed Bouhassoun has been a member of the Center for Research (CREM) in Nanterre.