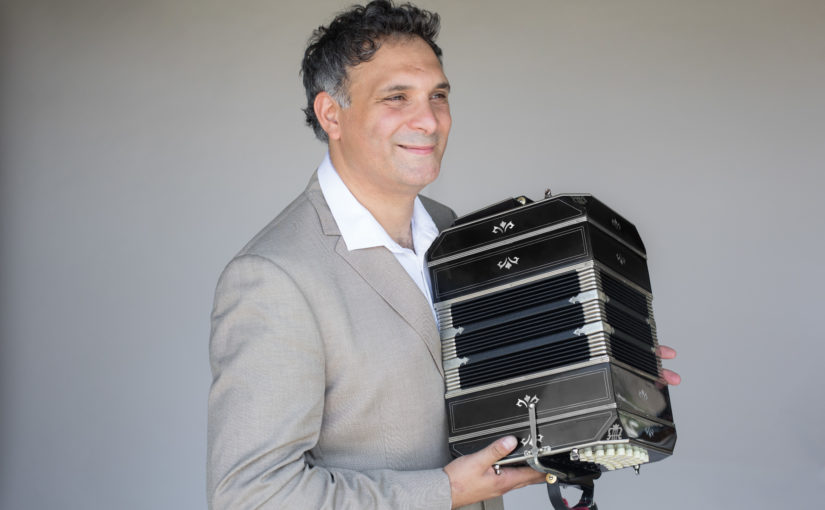 • Improving on the Bandoneon.
• Improve mastery of Bandoneon sound control.
• Work on the vibrato
• Understand the news and history of the instrument

IIWM is pleased to inform about the possibility of loaning some bandoneons for this master-class.
• Work from the classical repertoire.
• Work with historical Tango material (A. Troilo, A. Piazzolla, C. Gardel), works proposed by Victor Hugo Villena.
• Work on pieces that the candidates master and wish to develop for their interpretation.
• Listening and comparative analysis based on sound extracts: the historical and current Bandoneon soloists.

Born in Argentina in 1979, Victor Hugo Villena is one of the world leading bandoneon players. Celebrated by the international press, the New York Times quotes: “Mr. Villena’s bandoneon expressing extremes of earthiness and ethereality, an emotional universe unto itself. A master of the instrument». He released in 2013 his first and most important work as a soloist «Bandoneón Ecléctico» selected to be at the Argentinian collection «The Art of Bandoneon», his Album is nominated among best Argentine recordings of the year 2014.

He participated on French-German ARTE TV for the creation «1000 Years of music in 60 minutes» with Franck Braley (Queen Elizabeth winner), Henri Demarquette, Olivier Charlier in 2007, 2013 and 2016 he became musical director of Piazzolla’s Opera «Maria de Buenos Aires» at the National Theater of Lisbon, and the Queen’s Hall of Edimbourgh, UK.

He is the Official Bandoneon Player of Ute Lemper’s world tour since 2013.