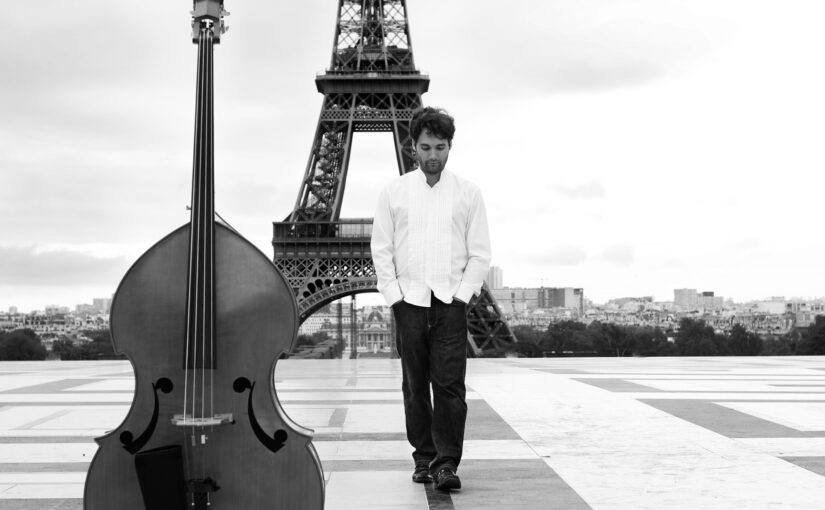 Initiation and improvement in the different expressions of Klezmer, traditional music of the Jews of Eastern Europe.

> General analysis of the Klezmer based on listening to audio sources, with a learning of the repertoire. It is possible to bring written or audio pieces to be worked on during the workshop.

CONTEXT OF THE REPERTOIRE

“Klezmer” music is the music that Ashkenazi Jewish balladeers carried from festival to festival, from “shtetl” (village) to ghetto, throughout Eastern Europe from the Middle Ages until the Nazi and Stalinist persecutions of the twentieth century. In contact with Slavic, Gypsy, Greek, Turkish and – later – jazz musicians, Klezmer has acquired a diversity and a characteristic sound that is now recognized and appreciated throughout the world. The Klezmer and Yiddish repertoire invite the audience to dance and allows the musician to express all human emotions, from joy to despair, from piety to revolt and from meditation to drunkenness, without forgetting Jewish humor and… love! Since the 21st century, a special mention must be made from current trends that include Klezmer or claim to be, even from remotely, of this movement: these are the multiple fusions with contemporary Western music such as Reggae, Ska, Hip-hop, Drum & bass, Disco, Techno, House, Rap, Ragga, Jungle…

Collecting became an emergency as the Shoah generation disappeared, with it all Yiddishkeit leaving. Since the 70s, musicians and ethnomusicologists have begun this work of collecting, starting with the YIVO in NY (Yiddish Institute for Jewish Research – YIVO in Yiddish). People like Zev Feldman have done several field works to collect the sources of the last people who are still alive.

THE ROLE OF TRANSMISSION

Many musicians from Eastern Europe emigrated to the USA, fleeing pogroms, such as Dave Tarras or Naftule Brandwein. They continued to play this music in the U.S. for the community as part of the celebrations of Jewish life, and then on stage.

Like all oral traditions, this one has been modified by the contact with jazz in the U.S., giving a particular style that is not found in the transmissions that have not passed through the United States (e.g. German Goldenshteyn, before arriving in the USA in 1994). Since then, many collections of Klezmer music have appeared, but they still lack the essential elements that the written word cannot transcribe : style, phrasing, etc. These collections are precious and allow you to discover the repertoire provided you know the style, or have reliable sound sources.

The transcription is limited, because it is difficult to write the phrasing, style, tempo and rhythm that is not really square (ex: the Hora Klezmer is between a 3/4 and a 5/8). It is also difficult to transcribe ornaments (krekhts, trills more or less tight). The score is only there as a reminder or to discover repertoire, but orality is essential.

> Attention: workshop only INSTRUMENTAL.
> The course is open to all, without age limit or level in style.

> You have to know where all the notes on your instrument are, be comfortable with your instrument and be able to play melodies without too much difficulty (hold a piece from beginning to end without stopping and without effort).

Double bassist and composer Rémy Yulzari reinvents the role of the double bass as a multifaceted solo instrument. Drawing on his own history, he creates a personal style with a wide range of colors and styles based on improvisation and creativity. Rémy Yulzari also uses accordion, melodica and piano on stage. He has performed in prestigious venues in several countries, from England to the United States, from Israel to Russia, to Taiwan and Japan, as well as in many festivals. A founding member of several ensembles spanning a wide range of styles, he has released seven albums, including two as leader (Enigme Eternelle, Azafea), and two with his trio Klezele (Freylekh From Vladivostok and Mosaïque). He recorded the soundtrack of the movi “L’Empreinte” with his Quintette Monsolo as well as two albums of chamber music works by G. Onslow and J. S. Bach for the Polynmie label. He also holds the Certificate of Aptitude (Master of Music Education) from the CNSM of Lyon and Artist Diploma from the prestigious Julliard School of New York. He is regularly invited to give master-classes in double bass, chamber music and Klezmer music in Japan (Koshin RKC Hall) and all over France. He teaches at the Pôle Supérieur in Paris, succeeding Ibrahim Maalouf.