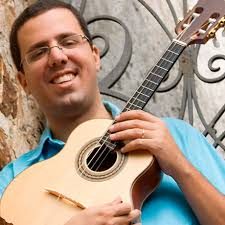 This musical expression “choro”, appeared in Rio de Janeiro in the mid-nineteenth century, was initially used to refer to the group of popular musicians who played in their own way European ballroom dances (polkas, scottish, waltzes, etc …). These musicians mixed European genres with other influences – including from Africa – and the term “choro” referred to a syncopated and danceable musical genre that animated the city’s popular balls. From the 1930s, choro became a musical genre, conveyed by radios, gaining popularity throughout Brazil.

The workshop aims to present a brief historical overview of choro, and to show the variety of its subgenres (polka, waltz, maxixe, scottish, choro sambado, choro “varandão, among others), from the practical aspect, centered on “playing together”. The technical aspects will be addressed such as phrasing, form, accompaniment styles, the function of each instrument in the choro group…

A public performance is planned, where the students of the choro course will show the result of this work at the end of the class week. This course can be a basis for developing other future actions, aimed at teaching choro and Brazilian popular music.

Doctor in musicology from the Federal University of the State of Rio de Janeiro, he is currently a research professor at the University of Aveiro (Portugal).

> He was also the founder and director of the Jacob do Bandolim Institute, and made 4 records, one of them “Ao Jacob seus bandolins” won the Rival BR Prize 2004.

> As an instrumentalist he has performed in many musical ensembles of the contemporary Brazilian scene and has participated in a dozen albums.”