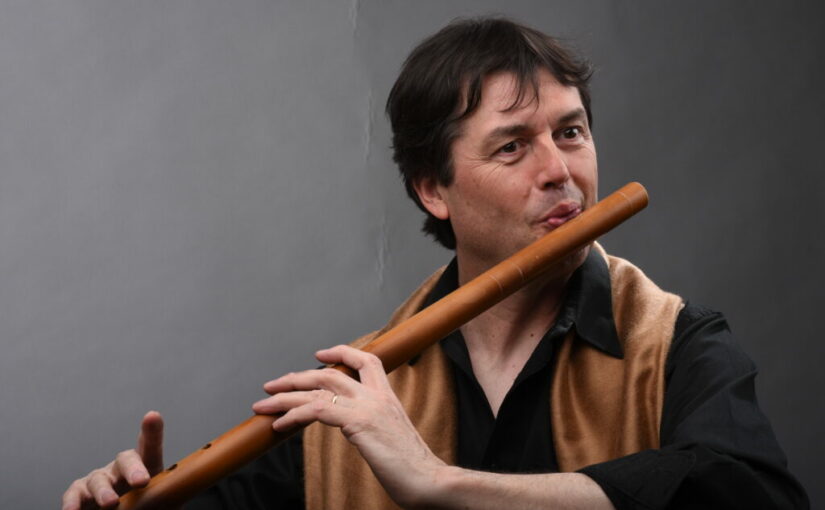 What his training offers first of all, is to discover the basic concepts of the music of India: system of the North, the Hindustani music, and that of the South, the Carnatic music, concept of Raga (melodic universe) and Tala (rhythmic universe, cycles).

Then to approach by vocal and instrumental practice the strategies of variations and improvisations singular to the Hindustani music, the art of the construction of a prelude (alap, jor, jhala), how to decorate a composition (gat, bandish) and then improvise around it in a given rhythmic cycle, how to enrich one’s improvised speech with syncopated rhythmic elements (layakari), and conclusive rhythmic structures (tihai), how to integrate all these elements into one’s own improviser or composer.

It also offers a reflection on the teaching of oral tradition and its pedagogical qualities.

The training is intent for all musicians, artists, professional teachers or students at the end of their studies, whatever their instrument, and their training (classical, baroque, jazz, traditional, current music, etc.), all ages combined.

Musicians bring their musical instrument (applications will be considered).

One of the great Western specialists of the bansuri flute, Henri Tournier is one of those musicians fascinated by the music of India, who have become, after a long way, the passionate ambassadors. For decades, he has explored the possibilities of this instrument as much in its context, that of classical music from North India, as in that of world music and that of contemporary Western music.

It is Roger Bourdin, a legendary flute soloist of the traverse flute, who passed on to him his passion for improvisation, and it was improvisation that led him to Pandit Hariprasad Chaurasia. He followed his teaching, and became his assistant and then guest professor at the Rotterdam-Codarts Conservatory for more than twenty-seven years.

Henri Tournier has built his own language as an improviser and composer, through the prism of bansuri flutes and that of western transverse flutes. He multiplies musical experiences, encounters and recording on the international scene. In 2016 he was appointed professor for the modal improvisation and music of India class at the National Conservatory of music in Paris CNSMDP.

Henri Tournier is the author of the reference work “Hariprasad Chaurasia & the Art of improvisation” book-2 CDs, an Accords-Croisés / Rotterdam- Codarts publication.