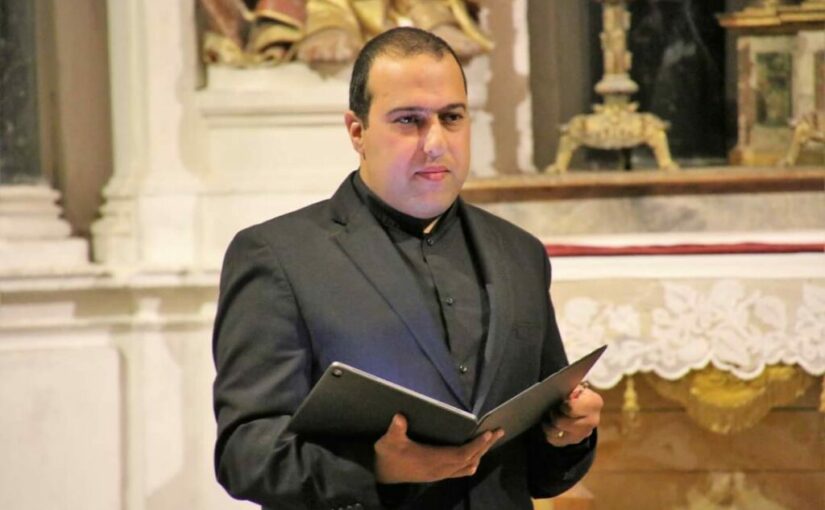 Initiation to Middle Eastern songs through some works by composers who have left an imprint in sacred songs (Byzantine songs, Syriac Maronite songs) and traditional songs (Egypt, Syria and Lebanon).

By exploring the music of the Middle East, both sacred as well as secular, we will have the opportunity to practice music from millennial traditions. The different cultures that have crossed the Middle East over the centuries have left an indelible mark on the Eastern tradition.

Being the cradle of the three monotheistic religions, this region has seen the birth of psalm, Byzantine, Syriac and Muslim chants.

The secular songs are also very important and punctuate the festivals and the various evenings. From traditional songs to Arab-Andalusian songs to Egyptian songs, the singers will be able to make their voices resonate on melodies that have enchanted so many audiences around the world.

This course is open to all singers with a regular singing practice. Formation ouverte à tout chanteur ayant une pratique régulière du chant. It is not mandatory to have a knowledge of the Arabic language.

Born in 1982, Geroges Camil Abdallah has been singing from an early age, he loves and practices the Oriental chant. He studies at the Conservatory of Lebanon and performs regularly as a soloist in his country. Very young, he was also nourished by the Byzantine tradition of his Greek Melkie Catholic Church and planned very early on to sing this tradition. Later, he worked on this chant alongside Father Makarios Haidamous, while in same time he was learning Syriac and traditional Muslim songs.

Settled in France since 2005, his activities are multiple: singer, choir director, musicologist and teacher. He strives to bring traditional Lebanese and Byzantine songs to life. His warm voice and his unique timbre make him one of the specialists of Oriental music in France. Georges Camil Abdallah obtained a Master’s degree in music and musicology at the University of Paris IV Sorbonne while working on the Byzantine-Oriental music of Lebanese composer Elias Nashef.

Since 2006, he has been directing amateur a capella choirs or accompanied by various musical groups. Today he directs five vocal ensembles: l’écho de la forêt, l’ensemble Vocal Antoine Boesset, la Notina, l’Escapade and the choir of the Cathedral of Blois.

In 2010 he created with Issa Murad (Oudist) and Samir Homsi (Oriental percussionist) the trio Ofouq which brings them together around the traditional Oriental music, both sacred and secular. Since 2006, he has been leading Oriental and Byzantine music workshops for various audiences, where he rediscovers the pleasure of oral transmission, sharing and the pleasure that comes from it.