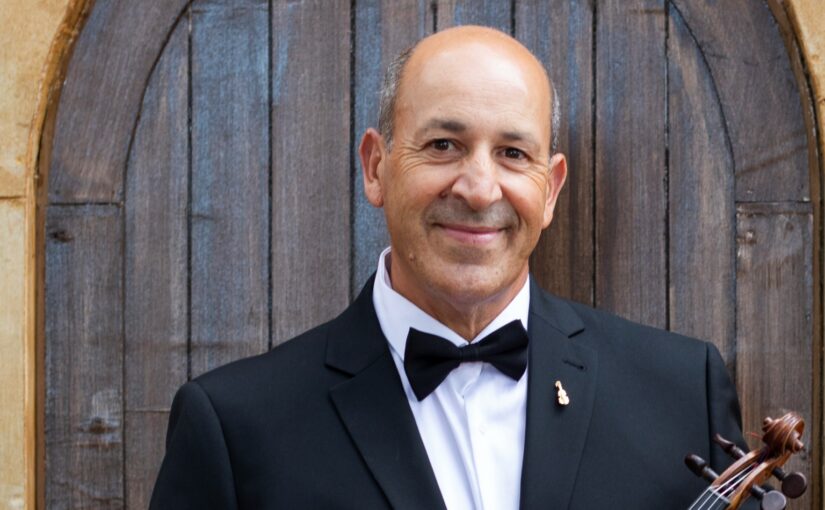 Learning the sources of Arabic-Andalusian singing and music.
Arab-Andalusian music has enjoyed a significant rise during the period of Spain known as the Three Cultures «Al Andalus». After the fall of Granada, this music found refuge in the Maghreb.
Currently, Arab-Andalusian music holds an important place in Europe through its teaching within institutionalized structures (CNRR, CNR, Music Schools). The geographical context also favors the demand for learning and discovering the sources of this music, which is both, a culture and a great civilization.

• Teaching on the subtleties of the Nouba.
• Presentation and learning of the different Maqam.
• Introduction to the different repertoires of my Arab-Andalusian music: Hawzy, Chaabi, Melhoun, Malouf…
• Work on the analysis of sound extracts listening.

Born in Tlemcen, Algeria, Fouad Didi has been singing, playing the violin and oud since childhood. Invested in Tlemcenian associations, all taking advantage of the legacy of Sheikh Larbi BenSari, he studied the repertoire and technique of the masters Abdelkrim Dali and Redouane BenSari. Sheikh BenSari, Sheikh Mustapha Brixi, Sheikh Ahmed Malti and Sheikh Salah Boukli Hacene encouraged him in his thirst for learning. Yahia Ghoul sparked his passion for the violin, which then became his instrument of choice, although he continued to play the mandolin and the oud. After numerous concerts given in France and abroad, he is recognized as one of the most brilliant representatives of Arab-Andalusian music. For him, the art of music and the art of speech are intuitively linked. His playing is clear and warm mixes meaning and sensations. Holder of the State Diploma (D.E) and the Certificate of Aptitude of Traditional Music (C.A), he teaches Arabic-Andalusian music at the Toulon Conservatory (CNRR) and at the Cité de la Musique de Marseille where he leads trainings, master-classes and workshops. In keeping with the ancestral oral tradition, he founded the Ensemble Tarab, an orchestra specializing in the Arab-Andalusian classical repertoire.

Born in 1946 in Tlemcen, son and grandson of teachers.

A worthy representative of Gharnata music, Sheikh Salah Boukli Hacène has been a teacher, music teacher, songwriter, poet and luthier.

As a teenager, this plural artist rubbed shoulders with the great master of Tlemcen Cheikh Larbi Bensari and listened to him religiously. In turn he has trained generations of musicians and continues to provide his valuable teaching within the El Kortobia association  in Tlemcen.

In April 1962, Cheikh Salah Boukli Hacène joined the ranks of the Algerian Muslim Scouts (SMA) where he had the opportunity to prepare the first choir with which he joined the other groups of scouts in order to participate in the national holiday  at the municipal stadium of Tlemcen, He will be a member of the Gharnata association  of Tlemcen in October 1965 then he will continue his musical career within the SLAM (Artistic and Musical Literary Society) from February 1967 under the direction of Cheikh Mohamed Bouali and it is as a violist that he will participate in December 1968 in the second national festival of Algerian classical music in Algiers.

Cheikh Salah Boukli Hacène will participate in many recordings from which eight Nouba, many Inqlabates and as many Haouzi and Aroubi by playing his favorite instrument, the R’bab, which makes him one of the best players of this ancestral instrument.

At El Maqqari College in Tlemcen, he will have the opportunity to form < Zahret El Maqqari >, an orchestra that will extend his work as a trainer.  Tireless, he will accept in 1976 to supervise the orchestra Mustapha Belkhodja of the high school Dr. Benzerdjeb, and will animate many festivities.

Cheikh Salah Boukli Hacène has done a job of compilation, analysis, and classification of the Noubas of the Andalusian repertoire, Hawzi and Aroubi on the poetic and musical level. He also recorded the entire Gharnata repertoire, accompanied by his voice with his only lute. He also had the inspiration to compose a Nouba in the mode < Ouchak > in 1982 followed by another Nouba in the mode < Mezmoum >, for the latter he will write religious lyrics (kalam el djed). Sheikh Salah Boukli Hacène also recorded in a personal diwan more than 1500 verses of his composition.

In 1985, he created the cultural and artistic association El-Kortobia, which he directs until now.

He has participated in national and international festivals.

Sheikh Salah Boukli Hacène was honored in different cities of the country. He is the indisputable master of the Algerian Arab-Andalusian music of Tlemcen.

He is known to be a good pedagogue, music teacher, a worthy heir to tradition and finally a master luthier of renown.

He was president of the jury in Algiers, Constantine and Tlemcen.