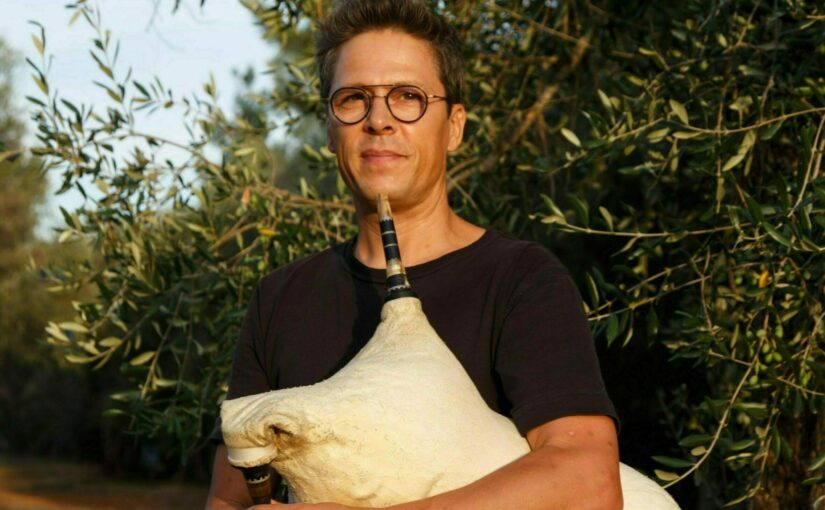 The aim of this master class is to train musicians in Bulgarian music by introducing them to its interpretation through the integration of the elements that make it up, namely: its styles, the historical-cultural context in which it is inscribed, its playing opportunities, its repertoire, its notable performers, its evolution as both « contemporary » and « traditional » music.

The teaching will in collective form and will alternate theoretical modules (history, analysis, regional styles, instruments…) with practical modules.

During these latter, particular emphasis will be placed on:
> The interpretation of Bulgarian music through the study of ornamentation, rhythms, modes, themes and solos.
> The learning of pieces intended to be played in ensemble or in small groups.

The Orality will be widely favored because it is the mode of transmission and impregnation specific to this type of music. A written support may be accepted, but only at a later stage.

Depending on the level and progress of the participants during the master class, the implementation of at least one piece with a more accomplished orchestration can be considered.

The workshop is open to any musician over the age of 14, regardless of their instrument. However, a very good instrumental mastery is required, with an ease in all tones and an excellent ability to learn « by ear ».

Originally from Brittany, Emmanuel Frin trained with the best biniou and bombarde players. He has been practicing Breton music for many years in different contexts (festoù-noz, concerts…) and in various formations, from the most current (with the Gallo singer Bertran Obree) to the most traditional (duet with the famous bombard player Erwan Hamon). He studied Bulgarian traditional music and language at the Academy of Music and Dance Arts in Plovdiv, studying with masters such as Nikola Iliev (Clarinet), Valentin Raikov (Saxophone), Maria Stoyanova, Stephane Yanev, Kostadin Atanassov (Gaida). His deep knowledge of the instrumental repertoire, Bulgarian musicians, different styles and the evolution of Bulgarian music has been praised by the famous musicologist Manol Todorov. Considered as a specialist of Bulgarian music and gaïda in France, he is at the origin of Topolovo, a group which includes Kalinka Vulcheva, ex-soloist of the Mystère des Voix Bulgares. He also founded the Bulgarian music quartet Maslinki. At the same time, Emmanuel regularly gives master classes in Bulgarian music in conservatories (Brest, Caen…) and at the Cité de la Musique in Marseille. He is one of the few non-Bulgarian players to master the Gaida, both in his instrumental practice and in his reed-making.