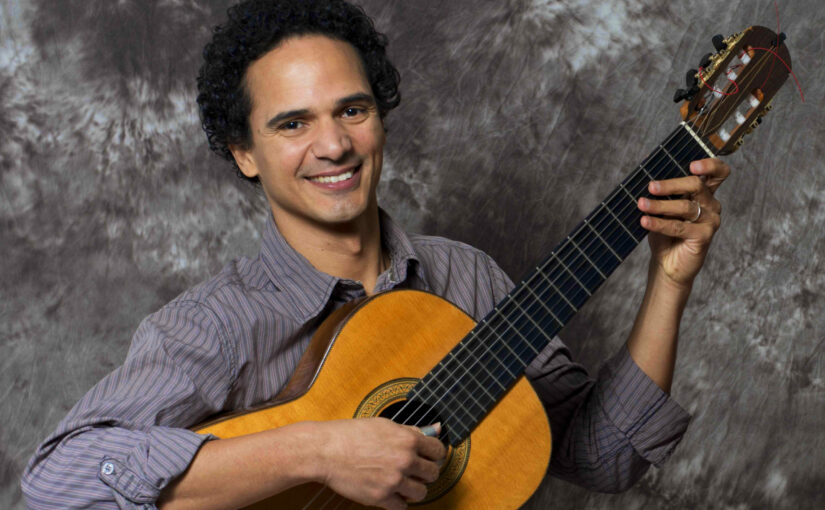 Brazil is a very big and very rich country, especially when it comes to music. In one same region you can meet many different styles. Cristiano proposes to study some of the rhythms most played by the ball groups or popular music ensembles, such as the choro, maxixe, samba, forro.

All studies will be shown orally and on percussion instruments to work directly the perception, the musical memory and to better understand each style as a whole.

CRISTIANO NASCIMENTO, 7-string guitar, trombone, viola nordestine.
Cristiano is an inspired 7-string guitarist, composer and arranger. His music is nourished by  choro,  samba,  forró, but also by  candomblé  and the sounds of the composer­ and multi-instrumentalist  Hermeto  Pascoal. Trained at the Villa  Lobos music school  (Rio de Janeiro), it is from roda de samba to roda de  choro  that Cristiano forged the sound of his guitar and his musical personality. From 1999 to 2004, he joined the Itiberê  Orquestra  Família. His works are now published by Éditions d’Oz. He has accompanied stars of Brazilian songs such as ­Dona  Ivone  Lara, Wilson Moreira,  Teca  Calazans,  Fabiana  Cozza,  Hermeto  Pascoal,  Armandinho…