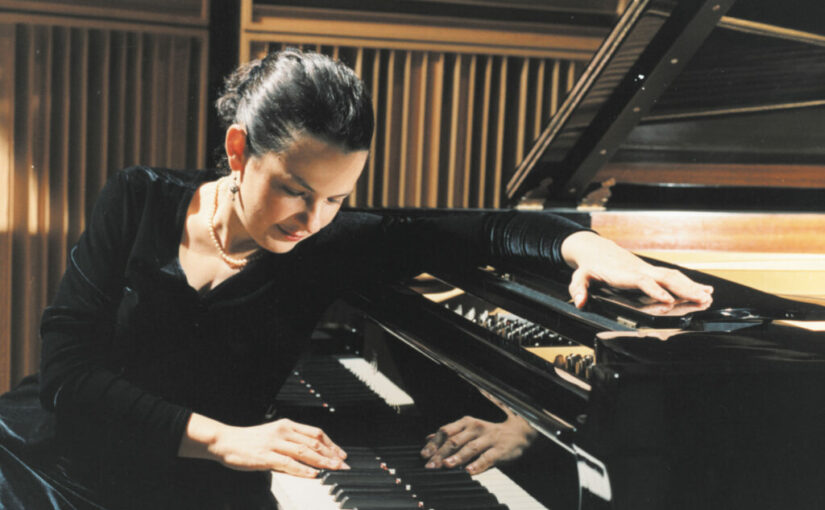 Colombian pianist, researcher and composer born in Palmira, Colombia in 1959, she was living in Venzuela for more than 20 years. After studying in Bogotá, she graduated in 1987 in Piano Performance at the Musikhochschule in Hanover, Germany, she studied composition with Diether de la Motte and took lessons in Italy with the pianist György Sandor, disciple of Béla Bartók.

She has produced a comprehensive and accurate set of transcriptions of Venezuelan and Colombian Joropo music from historical recordings, setting a new standard in the study of this relatively unknown genre, transmitted until now only by oral tradition, and she specialized in the performance of this music with her ensemble. She also gives conferences in the United States and in Germany.

She has recorded four CDs, PIANO LLANERO I and II, solo piano works by Colombian composer Pedro Morales Pino and PIANO XAROCHO with a combination of ‘Son Jarocho’ from Mexico, Joropo from Venezuela/Colombia and Fandango from Spain of the 18th century.

In 1999 she created the Fundación Editorial Arpamérica in Venezuela and 2009 in Colombia, a non-profit institution with the aim of researching, saving and promoting the music of the oral tradition of the harp and the bandola for educational purposes and the creation of new compositions, as well as the formation and production of musical groups, children’s orchestras and educational repertoire. Since 2011, she moved to Colombia where she founded three symphony orchestras for children and youth, based on the principles of collective learning, concert presentation and social inclusion.