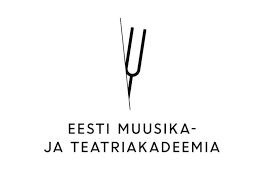 Participating in and learning about the very ancient singing practices of Estonian and other Finno-Ugric people (the Seto, Ingrian, Moksha Mordvin, Udmurt) dating back up to 1000-2000 years, and understanding the meanings of songs and singing in their traditional environment.

Estonian, Seto and Ingrian songs belong to the runo song tradition, known from the Kalevala epic. In addition to our own native runo song, we will teach a couple of songs from the eastern Finno-Ugric peoples Moksha and Udmurt (Bessermans). The songs are related to different community rituals and everyday life, they lead us into the way of feelings and thoughts of the pre-modern people.

The melodies of the Estonian songs are unison (partly heterophonic). The Seto, Ingrian (Izhorian), Moksha and Udmurt songs offer us a possibility to have an insight into a different kind of multipart singing, that sounds quite exotic in the context of the Western music. Noteworthy is the bodily aspect of the traditional co-singing, starting from a powerful way to produce the sound to special movements and dance related to singing.

These old singing cultures have reached 21st century both, by living tradition (at Kihnu island and Seto parish in Estonia, also by eastern Finno-Ugric people) and by the plentiful archive resources.

Although most of the songs are learned from ladies and we as women keep on singing and carrying these traditions further, also men are welcome to our workshop, as we also teach men’s songs.

This course is open to everyone who wishes to sing and has interest to experience different cultures.